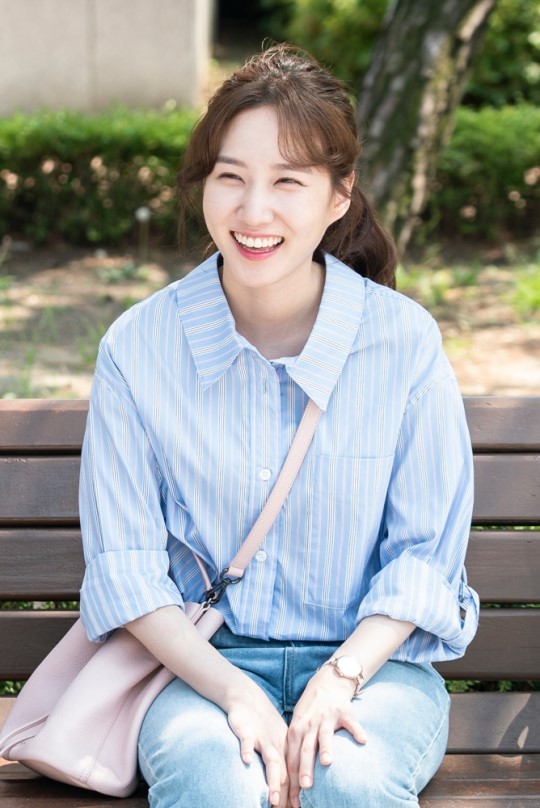 Actress Park Eun Bin will play Jeong Yeoul, a passionate assistant detective, in the upcoming KBS drama 'The Ghost Detective'. In this horror thriller drama, a detective who catches ghosts tries to solve the case of his younger sibling's death with the help of his assistant. He runs into a mysterious woman and gets involved in a bizarre incident.

Let's take a look at an interview with our heroine, Park Eun Bin.

Q: Why did you decide to star in 'The Ghost Detective'?

To be honest, I'm scared of the genre of horror. I tend to remember the images from the horror movies for a long time, so I'm not good at watching them. But when I read the script for 'The Ghost Detective', my curiosity for the genre of horror grew. The character 'Jeong Yeoul' was also interesting, and I wanted to try something new.

Q: Is there anything for which you are making special efforts to express Jeong Yeoul's character?

Yeoul lost her parents at a young age, and she had a lot to protect as the head of the family. That's why she is used to coping on her own. I am placing emphasis on not losing independence as I portray Yeoul. Rather than taking a calculative approach to acting, I am trying to stay faithful to the emotions of each moment.

Q: How is the atmosphere on the set?

All actors are passionate. And since the drama is a bit serious and has elements of horror, we try to liven up the atmosphere when we are not acting.

Q: Have you experienced anything bizarre while you were shooting?

Personally, the fight scene with Gil Hae Yeon was memorable. I was supposed to avoid during the fight, but because of a scary energy, my body froze and I wasn't able to avoid.

Q: Please say a word to the viewers.

Please give lots of love to upcoming KBS drama 'The Ghost Detective' and Jeong Yeoul.