Kim Jongmin, to be popular with dogs [Two Days and One Night] 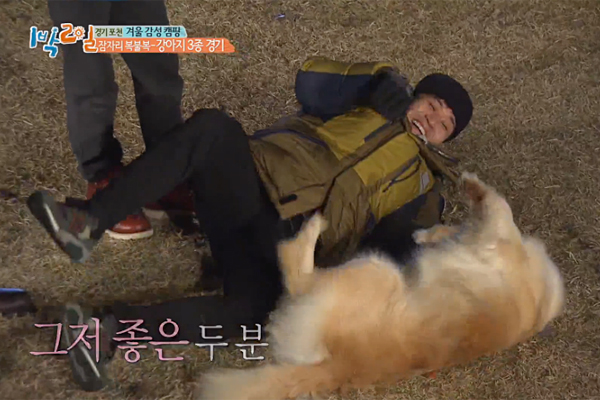 The members of "Two Days and One Night" are camping at Pocheon, Gyeonggi Province this week. On the day, they sit around in a playground and have a drawing contest. Kim Jongmin draws something weird and says, "This was my first kiss."

Jongmin's drawing is about a memory of his first lover. Unfortunately, though, he is not chosen by the judges and has to work as a nude model in front of other people.

Then, the members have a game on who will be sleeping outside. The game rule is that they have to be chosen by a dog, Rookie. Surprisingly, Rookie chooses Jongmin and other members do not accept it. Cha Taehyun says as he cannot hide his dismay at the result, "Why do dogs like Jongmin so much?" However, Jongmin does not mind at all but enjoys the fact that he is being chosen.

[Two Days and One Night]